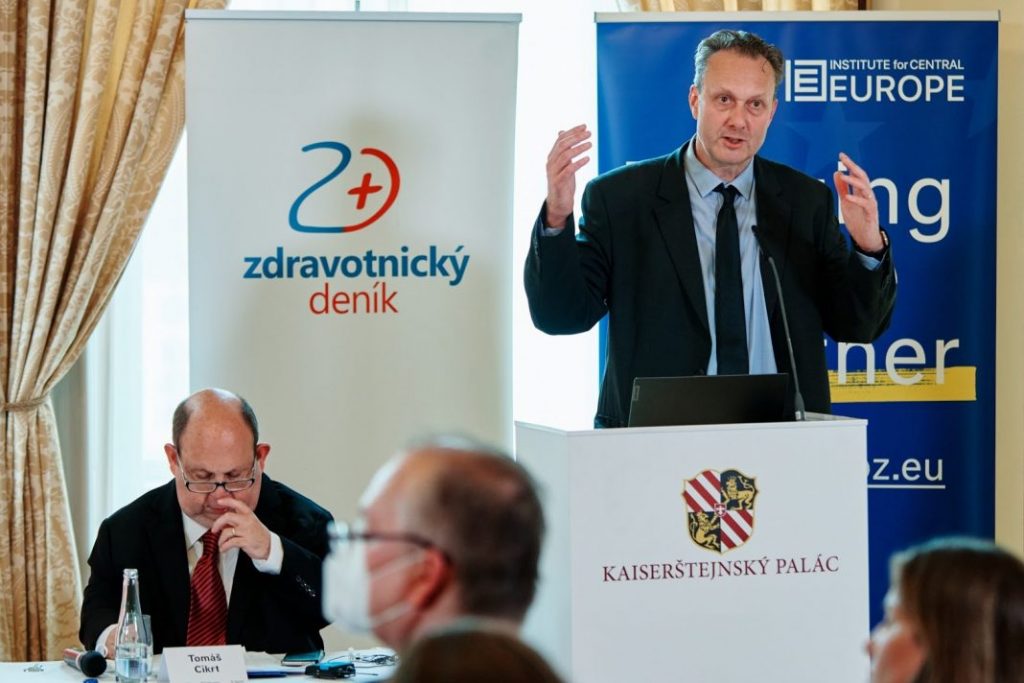 Effective policy to regulate addictive behaviour should focus on those risk factors that contribute most to the burden on health. In the Czech Republic, this means smoking, and alcohol consumption also plays a significant role. According to Viktor Mravčík, Head of the National Monitoring Centre for Drugs and Addictions, the approach of the govenrment should be a balanced mix of measures, seeking a balance between the lowest possible level of regulation, the lowest possible exposure to risk factors, and the highest possible level of mental well-being at the same time. It is also important to adhere to the principle of harm reduction and to take into account the different levels of risk posed by different addictive substances and products.

Priorities in the field of addiction as well as public health policy should be set according to the level of the burden on health. In other words, such a policy should primarily address those risk factors that contribute to this burden on health. “And this also applies to interventions. It is necessary to give priority to those that have the potential to achieve the greatest health benefit,” said Viktor Mravčík, Head of the National Monitoring Centre for Drugs and Addictions, at the international panel of the Zdravotnický deník Permanent Conference on Czech Healthcare focusing on the economics of prevention, which took place on 22 July.

Smoking as the number one risk factor

In developed countries, including the Czech Republic, addictive substances such as tobacco and alcohol are among the ten most important risk factors contributing to the overall health burden, according to a comprehensive 2017 global study. “Tobacco is the number one risk factor, both in terms of mortality and in terms of DALYs, the comprehensive indicator of years of life lost due to morbidity and mortality. Alcohol causes less than half of the burden on health, and all illegal drugs together cause even less,” Mravčík says.

And it is not just developed countries that ranked in the top ten in relation to purely behavioural risk factors, i.e. lifestyle factors that can be prevented. Even in a global perspective, the significance of addictive substances is high, with tobacco ranking fourth and alcohol and drugs ranking eighth.

In this context, the World Health Organization (WHO) further notes that only half of the global burden on health can be attributed to any of the 84 risk factors examined in the study. “The other half cannot be attributed and it is not clear why these people are sick and why they die earlier,” Mravčík continues. The so-called allostatic load comes into play, i.e. the human body’s reaction to chronic psychosocial stress; when stress hormones are released at a higher level, organs wear out and people are sick earlier and die earlier as well. “Mental well-being is also a very important factor for health. The link between mental discomfort, somatic diseases and addiction is thus clear,” says the addictologist. 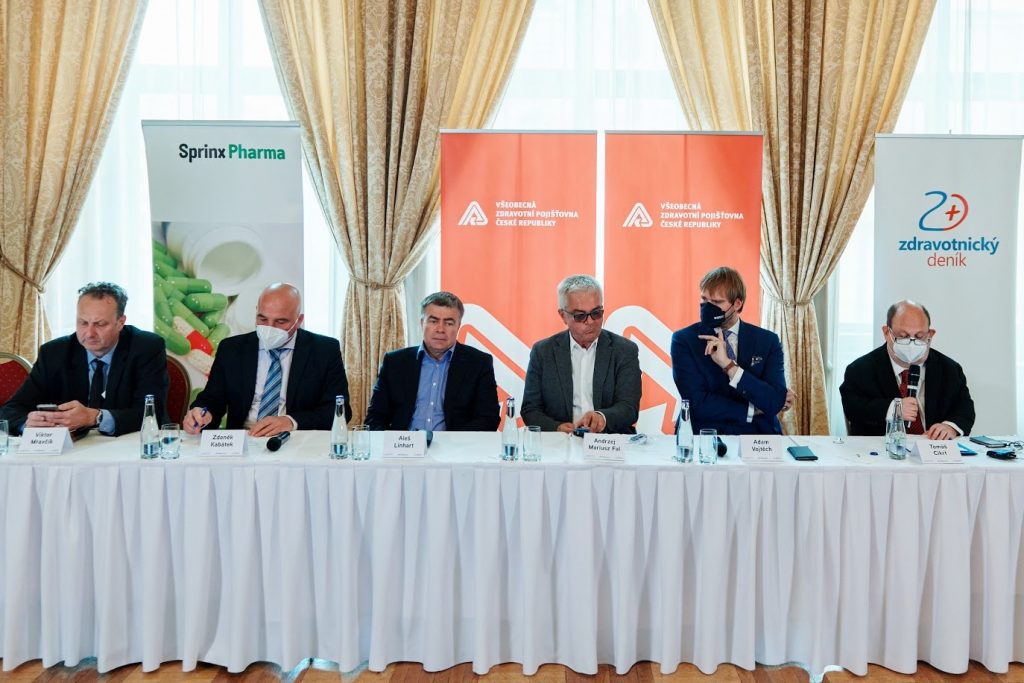 From the left: Head of the National Monitoring Centre for Drugs and Addictions, Viktor Mravčík, Director of the General Health Insurance Company, Zdeněk Kabátek, President of the Czech Society of Cardiology and Head of the Department of Cardiology and Angiology First Faculty of Medicine, Charles University and General University Hospital, Aleš Linhart, President of the Polish Society of Public Health and Head of the Department of Allergology, Lung Diseases and Internal Medicine, Central Clinical Hospital in Warsaw, Mariusz Fal, Minister of Health Adam Vojtěch and editor-in-chief of the Zdravotnický deník and host of the discussion, Tomáš Cikrt. Photo: Radek Čepelák

In the Czech Republic, approximately one fifth of people die as a result of smoking, which is just under 20,000 deaths a year. Alcohol accounts for about six per cent of all mortality, while this proportion is significantly higher among adults aged 35-44 (26 per cent for men and 17 per cent for women). From the DALYs perspective, on average, it is fifteen years of life lost per smoker who dies. For an alcohol consumer, it is ten years more.

According to Mravčík, in general, the greater the exposure to an addictive substance, the greater the risk of addiction. “Thus, programmes that focus on reducing the largest portion of exposure and health risks have the greatest benefit. 70 percent of the mortality attributable to alcohol can be attributed to the small proportion of population that drinks heavily. That is where it makes sense to focus prevention programmes in the first place,” he explains. 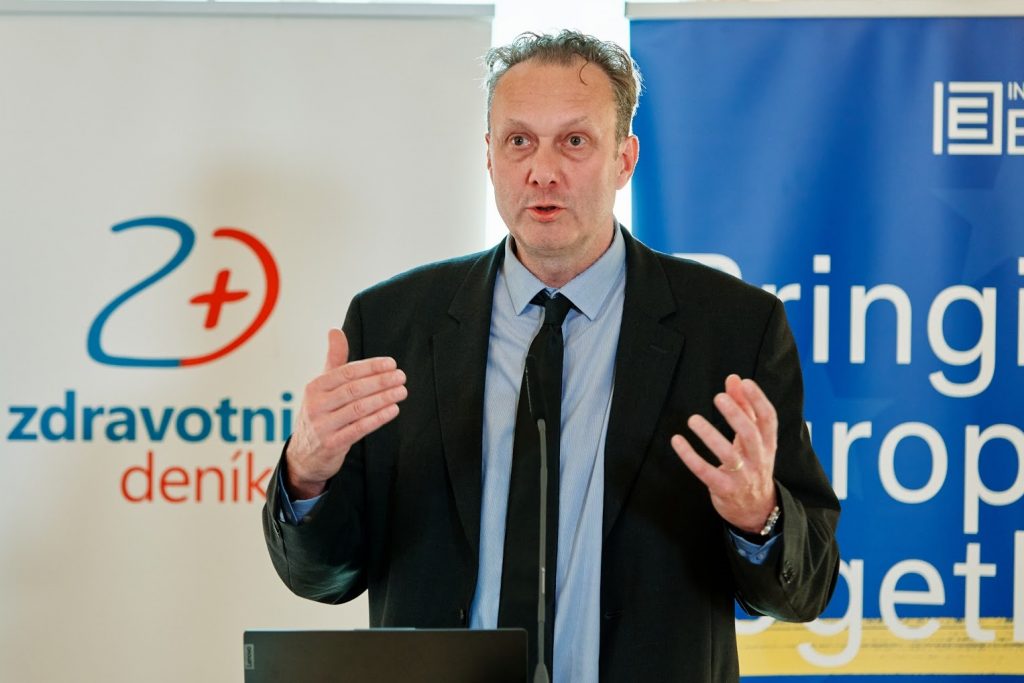 At the same time, it should be borne in mind that long-term heavy use over time has consequences not only at the individual level, but also in the person’s environment and society as a whole.

“With this complex prism in mind, we then rank addictive substances according to harmfulness. We are talking about the so-called risk continuum,” the addictologist continues. “The same applies to different products made of the same substance, such as different products for the use of tobacco. Classic cigarettes are perceived as the most harmful. Other nicotine products, whether tobacco or non-tobacco, mean less risk and therefore less likelihood of health consequences,” he explains.

Effective drug policy consists of a balanced mix of measures

According to this ranking, it is then also possible to assign different forms and degrees of regulation to addictive substances. Addictologists speak in this context of the so-called U-curve. “At its both ends, there occur highest societal damage and health costs. On the one hand, it is the unregulated, unrestrained, commercial market that brings the highest exposure and the highest health and social harm. On the other hand, there is an unregulated black market due to prohibition, with a high degree of health risks. Addictive substances go unchecked and are associated with high crime rates. In the middle, there is optimal regulation associated with the lowest health damage and also the highest level of well-being,” says Viktor Mravčík.

According to Mravčík, an effective drug policy should thus consist of a balanced mix of measures, seeking a balance between the lowest possible level of regulation, the lowest possible exposure to risk factors, and the highest possible level of mental well-being at the same time. In the case of tobacco control, Mravčík provides the “MPOWER” set of measures recommended by WHO as an example. This includes monitoring of tobacco use and tobacco control policies, protection against tobacco smoke, offering help with quitting, warning on the dangers of tobacco use, enforcing bans on tobacco products advertising, promotion and sponsorship, and finally raising taxes on tobacco.

“All these measures have a clear preventive effect, including tax increases. In this last case, too, it is not just a revenue stream for the state treasury, but a tool that influences demand, reduces consumption and therefore exposure and risk,” he adds.

Regulation should take into account different levels of risk

Furthermore, according to Mravčík, the nature of regulation should also correspond to the harmfulness of the products in accordance with the aforementioned risk continuum. “Higher-risk products should be subject to stricter regulation than less harmful ones,” he says. In principle, this is an application of the well-known principle of harm reduction related to usage of addictive substances.

It is also part of the current Czech National Addiction and Prevention Strategy. “People usually think of a needle and syringe exchange for drug addicts. But this principle is the purpose of measures across all pillars of our strategy,” says Mravčík, who believes that harm reduction is also represented by a seat belt in a car or a helmet for skiers or cyclists.

The participants of the international panel of the Zdravotnický deník Permanent Conference on Czech Healthcare were greeted remotely also by the Czech Prime Minister Andrej Babiš. Photo: Radek Čepelák

The extent to which this principle applies is now widely debated in professional circles in the context of tobacco control policy. “We are talking about reducing exposure to harmful substances that cause diseases, particularly cardiovascular and cancer diseases, without necessarily reducing nicotine consumption. Actually, people smoke because of nicotine, but they die because of the tar in cigarettes,” Mravčík explains.

The question is therefore to what extent incorporate alternatives to conventional cigarettes, such as electronic cigarettes or heated tobacco products, into national strategies to combat addictions. “These alternatives are already becoming part of some countries’ health policies,” Mravčík continues. Examples include the UK’s Public Health England (PHE) service, which has already included e-cigarettes as a cessation aid in its concepts, and the US Food and Drug Administration (FDA). According to the FDA, some tobacco products (oral and heated tobacco) pose a modified risk to their users and their manufacturer can market its product in the US with this information.

“For health authorities such as the World Health Organization, however, this is still a somewhat controversial area,” adds Viktor Mravčík. The WHO has made no secret of its concern about the risk of addiction in people who have not used nicotine before, especially children. “The alternatives therefore need to be well balanced between the health benefits of reduced exposure in smokers and quitters as well as the risk of addiction in quitters or non-smokers,” concludes the addictologist.