Investments into Prevention are Hard to Put Through. Returns Cannot be Expected in One Election Period, says Former Slovak Minister Richard Raši 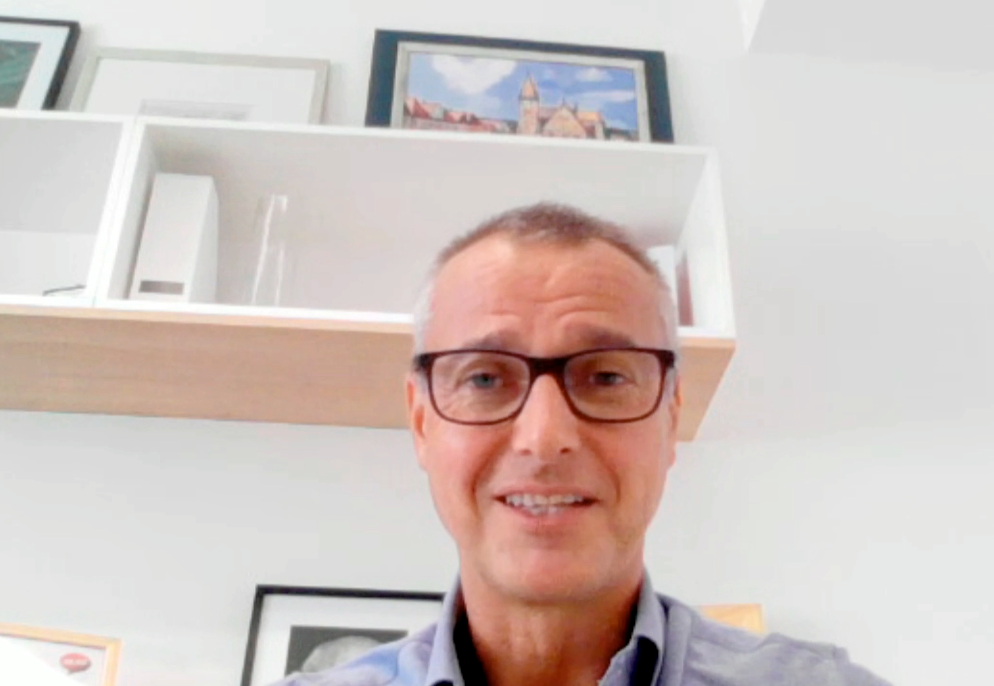 If we do not support prevention measures, both the Czech and the Slovak healthcare systems will not be sustainable in the future. However, though no politician would deny the benefits of prevention, putting through investments into such measures is extremely difficult. As a rule, returns cannot be expected within one election period, so the benefits are often enjoyed by a different government than that which passed the investment measures in the first place. Ministers of health that put through these measures thus need to have clear data at hand proving the efficacy of such measures. They could be helped if examples of best practice would be collected from throughout the EU, which could illustrate the returns on such investments. This is what deputy and member of the Health Committee of the Slovak National Council and the former Slovak Minister of Health Richard Raši told the international panel of the Zdravotnický deník Permanent Conference on Czech Healthcare, which was held on 22 July in Prague.

“Dealing with problems related to the coronavirus side-tracked important components of healthcare such as planned operations but also prevention. And as former Minister of Health from 2008 to 2010, I must say that even though no one doubts the need of investing into prevention, it always tends to be a problem when planning the budget. It is also problematic because the investments into prevention often come with benefits that go beyond the political election cycle of each government. I have personal experience with this – when planning the budget, I had to exert major efforts to convince the Minister of Finance that investments into prevention will be accompanied by such benefits that will only be witnessed after the governments change. Thus, the political benefit will not be enjoyed by the person who made the investment,” Richard Raši stated. 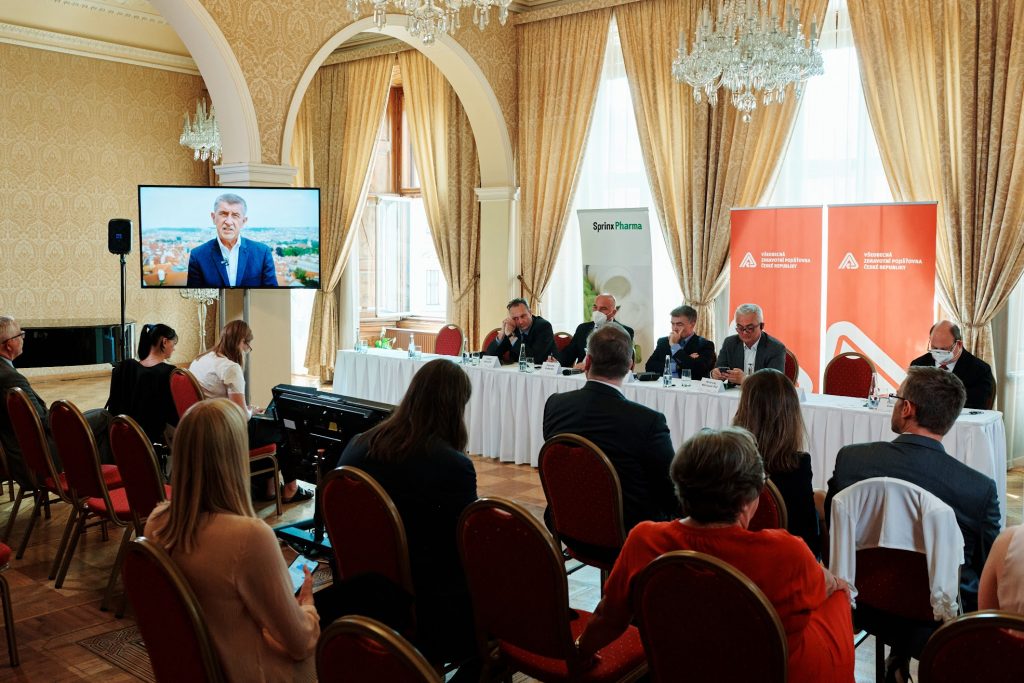 Prime Minister Andrej Babiš during his salutation to the participants of the international panel of the Zdravotnický deník Permanent Conference on Czech Healthcare. In the panel from the right, the editor-in-chief of Zdravotnický deník and the host of the discussion Tomáš Cikrt, President of the Polish Society for Public Health, Head of the Department of Allergology, Lung Diseases and Internal Medicine, Central Clinical Hospital in Warsaw Andrzej Mariusz Fal, President of the Czech Society for Cardiology, Head of the Department of Cardiology and Angiology, First Medical Faculty of Charles University and the General University Hospital Aleš Linhart, Director of the General Health Insurance Company Zdeněk Kabátek, and the Head of the National Monitoring Centre for Drugs and Addiction Viktor Mravčík. Photo: Radek Čepelák

However, according to the data of the OECD, Slovakia invests less money than average into prevention – only about one percent of all money allocated for healthcare. In contrast, in other countries of the EU, three percent is the norm. According to Raši, Slovakia also made the mistake of not taking advantage of the National Recovery Plan, in which zero finances were eventually set aside for prevention, although at least EUR 700 million was available.

“While providing free healthcare as it is in Slovakia and the Czech Republic, we cannot maintain the system in the long-term without prevention and understanding it in its entire context,” Raši explained.

HLAS wants to base its healthcare programme on harm reduction

Raši is a member of the HLAS – sociálna demokracia (Voice – Social Democracy) Party, which, although presently the strongest party in Slovakia, is in the opposition. This party wants to base its healthcare policy programme on harm reduction, i.e., on reducing risks.

“In this context, the value of money is extremely positive. This will also be a compelling argument for Slovakia to deal with prevention to at least the same extent as elsewhere in the EU. A shining example for us is also the Czech Republic, at least in the fact that it adopted the National Strategy for Prevention and Harm Reduction in Addictive Behaviour for the period of 2019 – 2027. We lack this in Slovakia,” Richard Raši stated. 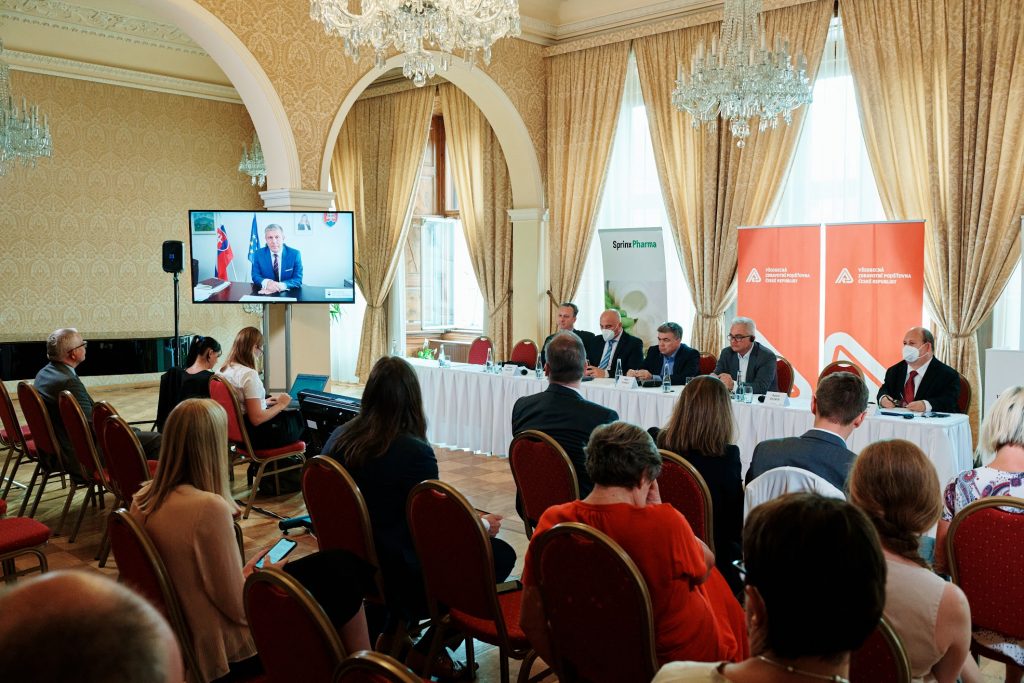 Raši has already experience with putting through preventive measures in the sense that thanks to him, legislation prohibiting smoking in businesses where food is served was passed in Slovakia in 2009. “On the other hand, I have to say that now we need to find a suitable extent and mix of prohibitions and restrictions, combined with motivation. In harm reduction, solving problems using restrictions only does not bring about an ideal effect, and can even have the opposite effect,” Raši pointed out.

According to Raši, current recommendations to governments in terms of prevention say that the state should penalise less but help more. “This is the unavoidable path that we must take so that prevention shall not only become a part of our systems, but also of our lives,” Richard Raši stated.

Aside from this, the government should take advantage of scientific evidence and innovations. Even though each country today has massive amounts of data available to them, only a minimal amountis used – something that has to change in this digital age. The third recommendation is that if we cannot eliminate the harmful behaviour of people, we have to search for means to at least curb it naturally, in a non-violent way.

“As for Slovakia, we are preparing a programme of extensive public debates on prevention, harm reduction, and motivation to lead a healthy lifestyle. Even though no one really doubts prevention, we still tend to talk more about it than actually carrying the measures through. If we want to maintain or increase the level of healthcare, we have to begin with prevention. This is actually the best and cheapest way, rather than treating the consequences later,” Raši pointed out. 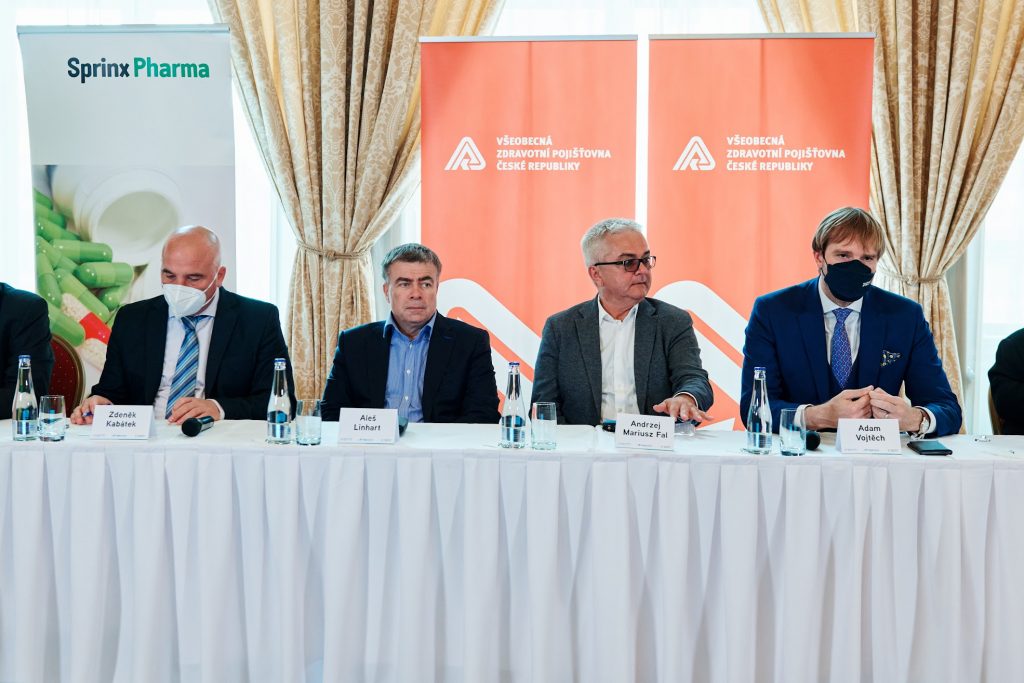 From the right: Minister of Health Adam Vojtěch, President of the Polish Society for Public Health, Head of the Department of Allergology, Lung Diseases and Internal Medicine, Central Clinical Hospital in Warsaw Andrzej Mariusz Fal, President of the Czech Society for Cardiology, Head of the Department of Cardiology and Angiology, First Medical Faculty of Charles University and the General University Hospital Aleš Linhart, Director of the General Health Insurance Company Zdeněk Kabátek. Photo: Radek Čepelák

HLAS – sociálna demokracia (Voice – Social Democracy) therefore hopes to successfully put through the idea that when creating the state budget, a predefined percentage that will be collected from the excise duties on cigarettes and alcohol will be returned to the healthcare system, or that it will support public health, respectively. The party intends to try putting this step through already when creating the next state budget.

Prevention efforts could also be boosted if data and examples of best practice from throughout the EU would be collected in one place. Thus we would have a cohesive summary of what we have already been able to achieve in terms of prevention, what has worked, and what investments brought such efforts to fruition the most. Thanks to this, those countries that have been struggling with prevention efforts for years could be inspired, and they would not have to produce ideas that are already functioning elsewhere. At the same time, health ministers would gain arguments to use when creating the state budget, so that they will be able to defend the idea of economic returns. 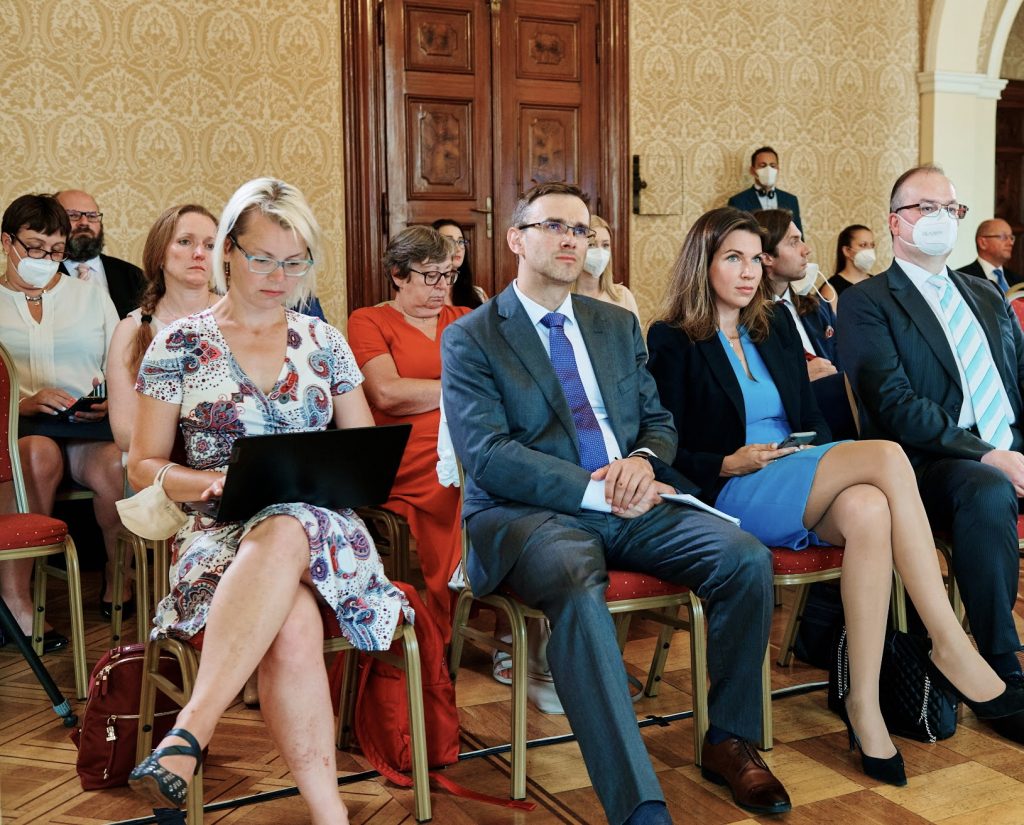 The international panel is watched by (from the left) Helena Sedláčková, a journalist of Zdravotnický deník, Martin Fedor, Chairman of the Board of the Institute for Central Europe, former Head of the Foreign Affairs Committee of the Slovak Parliament and  Director of the Institute for Central Europe Katarína Cséfalvayová, and the publisher of Zdravotnický deník Ivo Hartmann. Photo: Radek Čepelák

As for reducing harmful consequences of non-communicable diseases, specifically, promotion of regular physical activities can bring savings of up to 10 percent. In this manner, Slovakia could annually save up to EUR 300 million which is over five percent of the budget for Slovak healthcare, set at six billion euro.

“At present, we can promote preventive measures by not just convincing the minister and Prime Minister, but also through the pressure applied by politicians in general. We can provide examples of best practice and specific benefits of investments into prevention for the whole healthcare system. If we are able to get this to media and create public pressure, investments into prevention, unavoidable if we wish to ensure a healthier life for our citizens, will be successful,” Raši concluded. 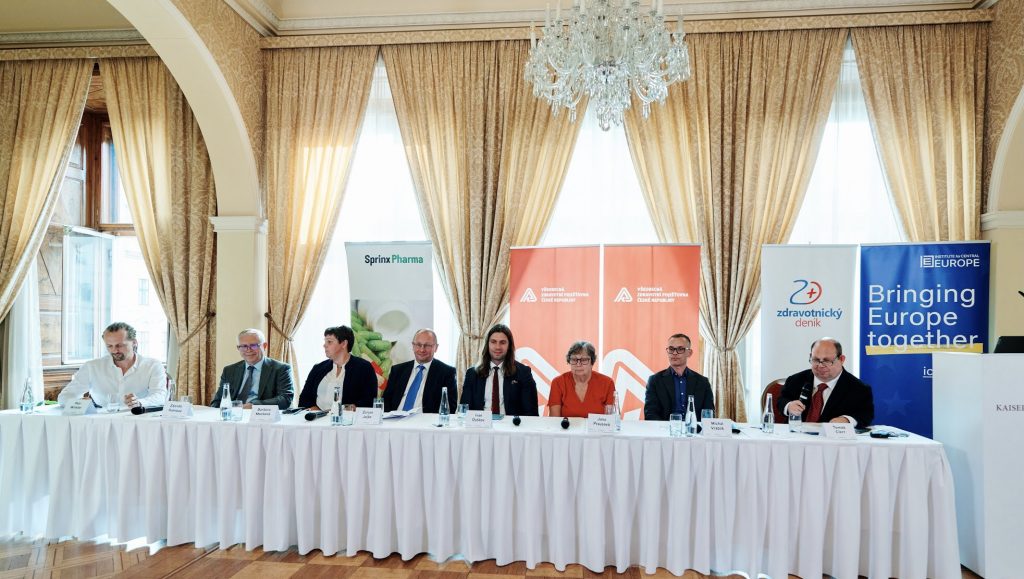