It is Fundamental That We Invest In Prevention and Treatment of Cardiovascular Diseases, Or the Death Rate Will Increase 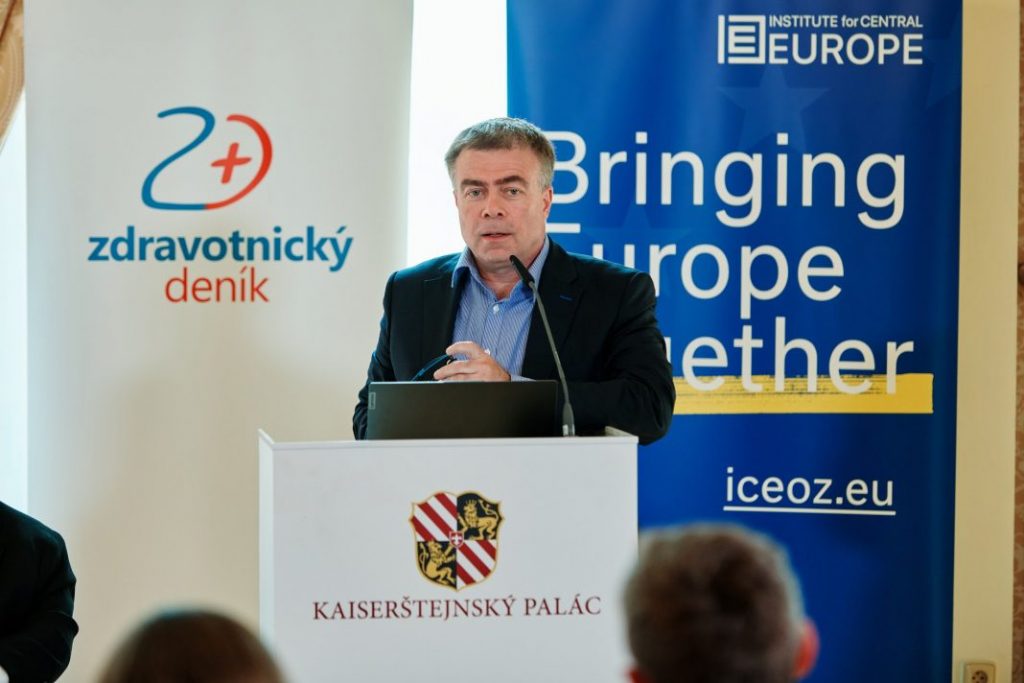 The Czech Republic enjoyed decades of decreasing death rates from cardiovascular diseases thanks to improving conditions. Sadly, this trend has come to an end. Even before the Covid-19 pandemic began, the curve had began to turn upward. Seeing that Czechs turn a deaf ear to the word “prevention” (not to mention health consequences of the pandemic itself), it cannot be expected that any turn for the better will occur without further effort. According to the President of the Czech Society for Cardiology Aleš Linhart, investing in prevention and treatment of cardiovascular diseases should be high on the agenda. It is the responsibility of each and every one of us, he appealed at the international panel of the Zdravotnický deník Permanent Conference on Czech Healthcare, which was held on Thursday, 22 July in Prague.

“Our situation is not at all rosy. In the last years, we have been patting ourselves on the back much too often and now it is time to stop. As cardiologists, we used to be worried that, figuratively speaking, we would be at loose ends with nothing to poke into since the number of cardiology patients was constantly decreasing and life spans extended. However, now there is an actual risk that we have achieved the maximum that could be achieved, with respect to the fact that as a country we are better off and our social-economic situation and healthcare have improved. Sadly, when we look back at how we handled the competition in Europe, the results are much worse than in football. No matter what statistics you look at, the Czech Republic ranks among those countries with the highest incidence of cardiovascular diseases and with the highest mortality from them,” Aleš Linhart stated.

Today, approximately 40 to 50 percent of Czechs die from cardiovascular diseases (44 percent of men and 47.5 percent of women). And even though the number of Czechs who died from cardiovascular diseases was following a downward trend for several decades, it is is no longer valid. Czechia is copying the situation in Western countries where deaths from such diseases in the age group of up to 74 years are again on the rise. Here, the death rate has again been rising since 2016, which, according to Linhart, is by no way a result of possibly worse healthcare accessibility. Even during the Covid-19 lockdown this did not happen, though in the months of the pandemic’s climax, the number of patients arriving to hospitals with myocardial infarction fell by 20 to 27 percent. Every fifth patient either confused heart attack symptoms with Covid-19 (both are associated with shortness of breath and tightness of the chest), or they were too frightened to go to the hospital because of Covid-19.

Reimbursement of new medicine would help

However, the trend is not the same with all cardiovascular diseases. For example, the number of deaths from myocardial infarction continues to drop, and on the contrary, the number of people with heart failure, labelled by cardiologists as the pandemic of the 21st century, balances this number out. “Here, we are the victims of our own success. Although an effectively treated infarction means that the patient survives, it does not mean that they have survived without a risk of heart failure. The number of hospitalisations for heart failure is a problem for health insurance because today, there are already several hundreds of thousands of hospitalisations annually. This means an economic burden for the entire system,” Aleš Linhart expounded. He added that now the number can grow also due to the aforementioned group of patients who left their infarctions untreated. 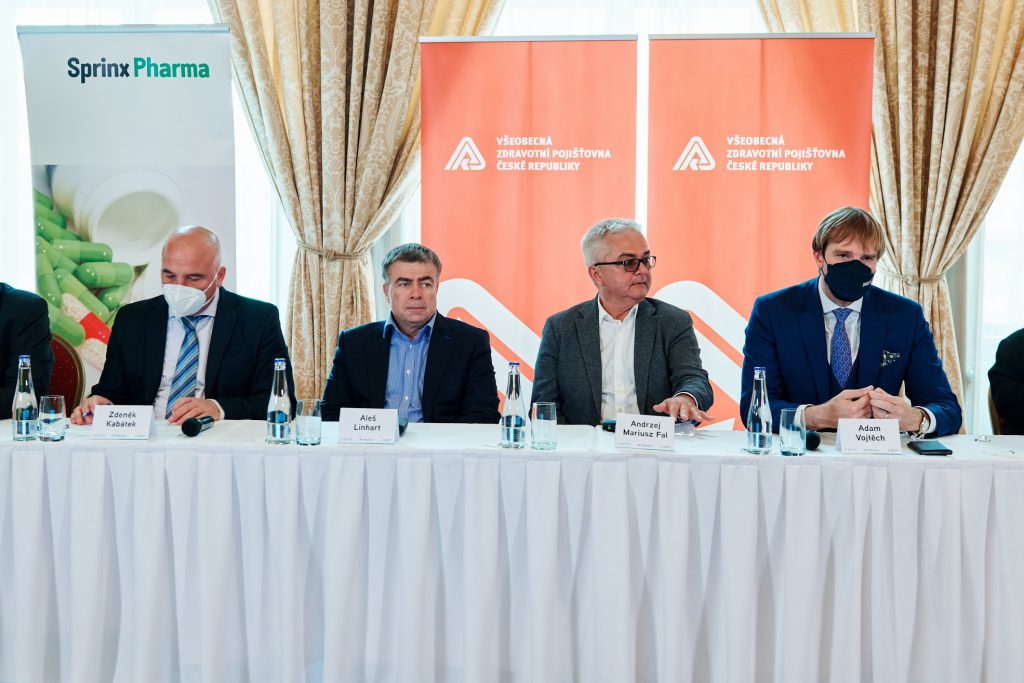 The Zdravotnický deník conference on the economics of prevention. From the right: Minister of Health Adam Vojtěch, President of the Polish Society for Public Health, Head of the Department of Allergology, Lung Diseases and Internal Medicine, Central Clinical Hospital in Warsaw Mariusz Fal, President of the Czech Society for Cardiology, Head of the Department of Cardiology and Angiology, First Medical Faculty of Charles University and the General University Hospital Aleš Linhart, Director of the General Health Insurance Company, Zdeněk Kabátek. Photo: Radek Čepelák

Sadly, Czechs support this dire trend with their lifestyles. Especially in males, the average BMI in all age categories is on the rise, and with females, it is growing especially in the youngest age group. As for smoking, this has been slightly decreasing among males in the past decades, yet with females in the youngest age category, it is on the rise. Studies show that there is a connection between smoking, including second-hand smoking, and the achieved education level; the higher the education level, the lower the percentage of smokers. A risk factor for cardiovascular diseases is also diabetes, which approximately one million Czech people currently suffer from.

Another cheerless fact is that although the average life span has extended in the Czech Republic, the number of healthy life years has not. So, although Czechs are living to a ripe old age, they spend a large chunk of their lives being sick. In this respect, the Czech Republic even ranks among the worst-placed countries.

“In terms of prevention and therapy, cardiovascular medicine is an area that we must invest in. Prevention measures will be expensive but if we invest in them, we will spare people bothersome complications such as diabetes mellitus. Reimbursement of certain medicine would markedly help the situation,” Linhart pointed out. Risk factors like hypertension, high cholesterol and diabetes can be treated; however, according to professor, new medicine is not being included under coverage plans quick enough.

The economic situation plays a role

The success of our struggle with cardiovascular diseases depends on the economic situation of the country as well as of individuals. According to a Swedish study, people who have suffered an infarction or stroke have a worse prognosis if they belong to a lower income category. This fact is also confirmed by Czech data, where the poorest regions have the highest hospitalisation rate for acute myocardial infarction – the difference between Prague and the Ústí nad Labem Region is more than 50 percent. However, in international rankings, the Czech Republic is in a position where even the slightest drop in GDP is associated with a steep increase in cardiovascular mortality.

The association between cardiovascular problems and the socio-economic situation is also projected in treatment accessibility. “It is fair that it is up to each healthcare system when, how and which treatment it covers. Sadly, the Czech healthcare system is set up so that the majority feels that everything should be covered by public health insurance and thus all treatment is practically free of charge. This is impossible, and we are still not used to pay for certain things from our own pockets. This is, however, problematic as mostly we need to improve the situation in socially disadvantaged regions – and try to convince patients there to pull out their wallet to pay additional 1,200 crowns monthly for a package of gliflozins,” Aleš Linhart observed.

„We do not want to deny anyone the right to eat pork, dumplings and cabbage, have a few beers and cigarettes, and enjoy a lack of exercise; this is everyone’s choice. As a cardiologist, however, I am saddened by the fact that we are tilting at windmills, and that includes even very young patients,” professor Linhart emphasised. Photo: Radek Čepelák

However, because of Covid-19, the socio-economic situation is at risk of worsening. This is due to social deprivation, the increase in psychiatric diseases, or obesity, all boosted by the long lockdown.

“We do not want to deny anyone the right to eat pork, dumplings and cabbage, have a few beers and cigarettes, and enjoy a lack of exercise; this is everyone’s choice. As a cardiologist, however, I am saddened by the fact that we are tilting at windmills, and that includes very young patients,” professor Linhart emphasised, saying that half of the male population suffers an infarction at a productive age.

The system of preventive check-ups is generous. Yet, we do not take advantage of it

What shall we do? “Primarily, we should appeal to our personal responsibility. For thirty years already, the government has no longer been the guarantor of our health; this role has been assumed by each and every one of us. Everyone is liable for behaving responsibly as regards preventable illnesses. In the Czech Republic, we have established a very comfortable system of preventive check-ups, which falls on the shoulders of general practitioners. It is a shame that it is not fully exploited in spite of its generosity. You can hardly find another country where conditions are so well set up,” professor Linhart stressed.

According to him, every adult should know their cholesterol level, blood pressure, whether they have diabetes, or heart arrhythmia. This is the aim of the Czech Society for Cardiology’s campaign, “Nemocné české srdce” (The Sick Czech Heart) launched several weeks ago. Yet, Aleš Linhart believes that the Czech Republic has to start moving even more. With those patients who already suffer from a disease, it is necessary to not only diagnose it but also make sure that the patients stick to their treatment. Diseases such as hypertension or cholesterol cause no pain, and patients tend to stop taking their medicine properly after some time. A year after first being treated, half of patients take their medicine no more. 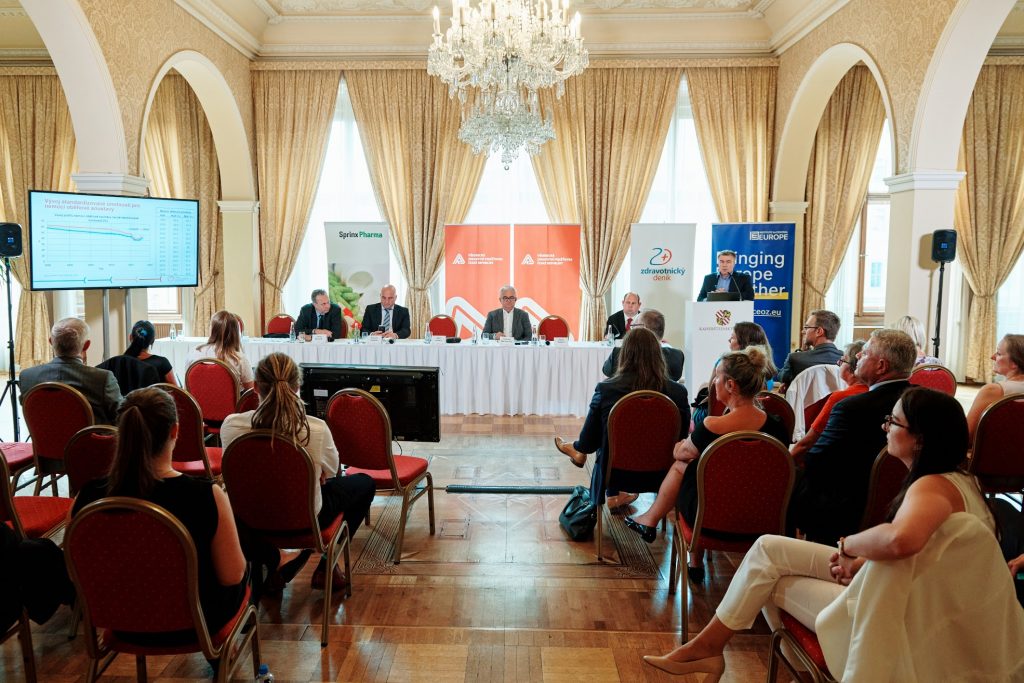 In the panel from the right: editor-in-chief of Zdravotnický deník and host of the discussion Tomáš Cikrt, President of the Polish Society for Public Health, Head of the Department of Allergology, Lung Diseases and Internal Medicine, Central Clinical Hospital in Warsaw, Andrzej Mariusz Fal, Director of the General Health Insurance Company Zdeněk Kabátek, and the Head of the National Monitoring Centre for Drugs and Addiction Viktor Mravčík. Photo: Radek Čepelák

At this point, we cannot count on any vast improvement in the prevention of cardiovascular diseases and respective decline in deaths. Although the Czech Society for Cardiology has set the goal of decreasing the death rate from cardiovascular diseases by five percent in next ten years, now it seems that this objective will be difficult to achieve. “On behalf of the Society, I promise that we will fight to make it,” Linhart concluded.

Příspěvek It is Fundamental That We Invest In Prevention and Treatment of Cardiovascular Diseases, Or the Death Rate Will Increase pochází z Zdravotnický deník