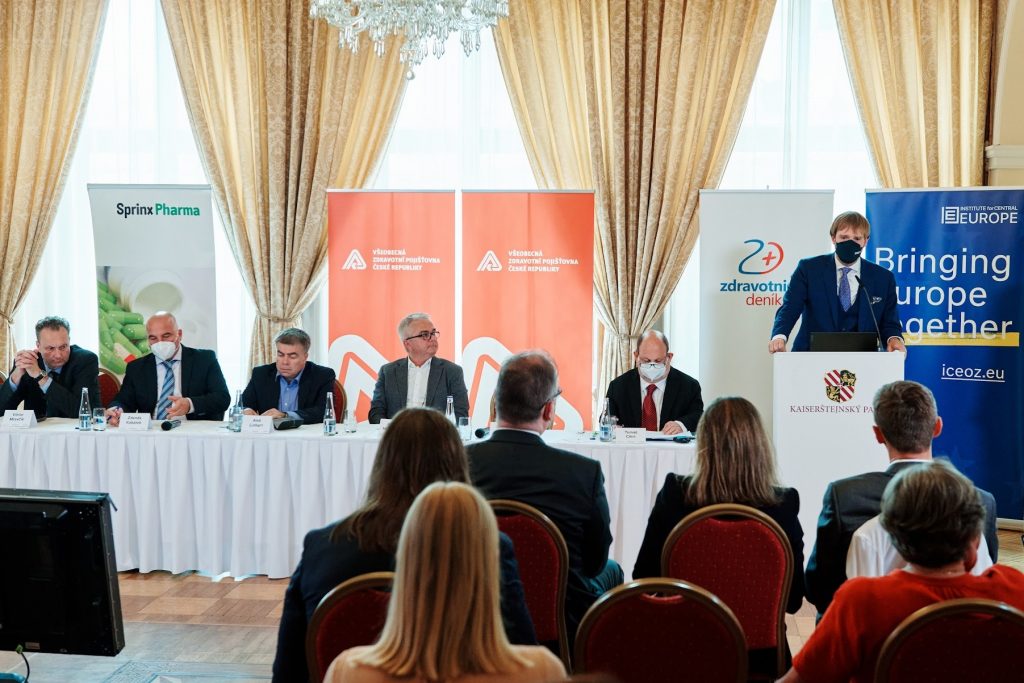 The support of primary prevention and general practitioners, key stakeholders in this regard, is crucial in healthcare. According to Minister of Health Adam Vojtěch, every investment in this area will pay off many times over. Unfortunately, it is a given fact that the Czech population has not learned much in this area, not following advice on the benefits of exercise or toxicity of smoking and alcohol. Therefore, the Ministry of Health wants to strengthen secondary prevention at least by adding a fourth to the three existing oncology screening programmes. It is aimed at lung cancer detection in at-risk populations, i.e. long-term smokers over the age of 50, said Adam Vojtěch on July 22 at the international panel of the Zdravotnický deník Permanent Conference on Czech Healthcare, which focused on the economics of prevention.

“Since the beginning of my mandate, I have been stressing that prevention is crucial and that every crown invested in prevention will save many other crowns spent on subsequent therapy. Promotion of primary prevention was one of the basic pillars I entered the Ministry of Health with. I am still convinced that in the Czech healthcare system – and this also applies to other healthcare systems – it is the general practitioner who bear responsibility for prevention,” says Minister of Health Adam Vojtěch.

When he took office four years ago, Vojtěch began right away with the reform of primary care. Based on discussions with GPs, some of their competencies were strengthened such as those in prescribing drugs or care provided to chronic patients (e.g. after cancer treatment). At the same time, GPs have also been motivated by health insurance companies to work longer office hours or to provide preventive care.

Covid served as a mirror

GPs should be entrusted with primary prevention, such as providing advice on (non-)smoking, obesity, exercise and a healthy lifestyle, including alcohol consumption. Unfortunately, they still have a lot of work to do in this area. “The Czech Republic does not rank very well in the WHO or OECD statistics, especially in terms of alcohol consumption and smoking, and particularly among adolescents, where the problem starts. Promoting exercise, proper nutrition, non-smoking and less alcohol drinking are of key importance,” notes Vojtěch.

After all, even Covid-19 has shown that Czechia is not very successful in this regard. Comorbidities such as obesity and cardiovascular or lung diseases contribute to severe cases of this infectious disease, and this has been reflected in the number of victims. 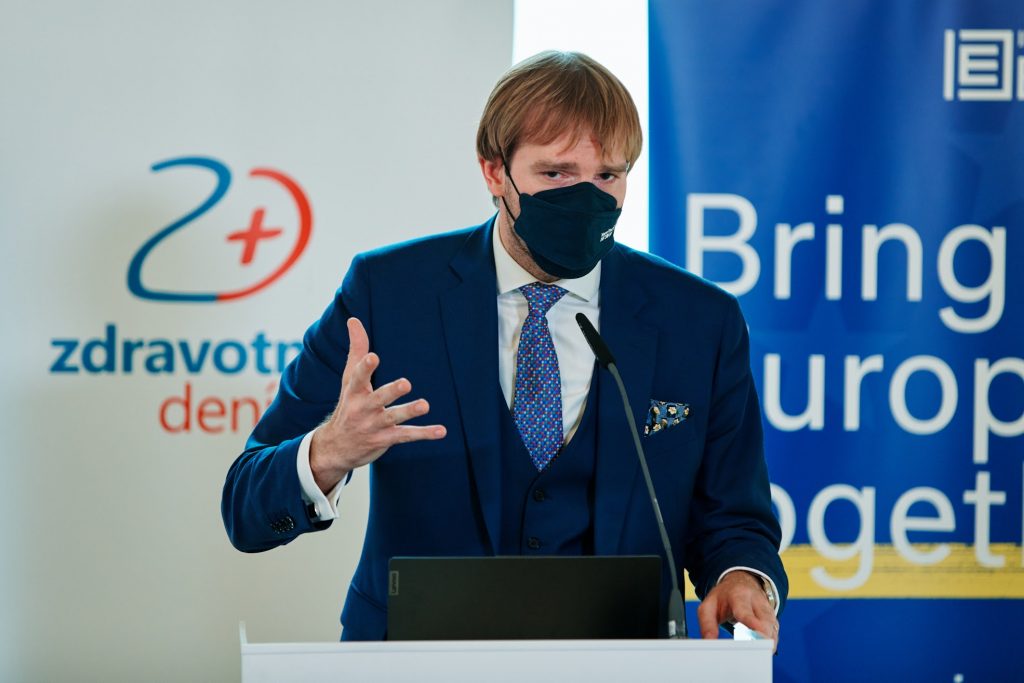 Covid also showed that we need to work on the health of Czech population, emphasizes Minister Vojtěch. Photo: Radek Čepelák

“Covid served as a mirror showing the health status of the Czech population and that we have to work on it,” the Minister emphasises. Of course, vaccination plays a role as well, and not only that related to Covid-19. According to Vojtěch, vaccination is the only way to escape the current critical situation, and the Czech Ministry is joining in to help.

Additionally, the Minister is convinced that health insurance companies should use prevention funds as effectively as possible and link them more closely with the behaviour and attitude of their insured clients. “We may come across legislative provisions that will need amendment, but I think that a link to motivation is absolutely crucial. In this regard, health insurance companies are a key partner that can set up motivation. When an insured person already suffers a chronic illness, such as diabetes, where a lot depends on how the person behaves and adheres to a treatment plan, there should be relevant incentives for them in the public health insurance system and the prevention fund,” adds Vojtěch.

Naturally, secondary prevention should be emphasized as well, i.e. early detection of diseases. This also includes oncological diseases which can be detected through screening programmes. Currently, the Czech Republic offers three national screenings of breast, cervical and colorectal cancer, which have helped reduce the number of deaths resulting from these diagnoses. This has been strikingly obvious in colorectal cancer, where the Czechs used to be at the forefront of international statistics ten years ago, and yet this has changed. 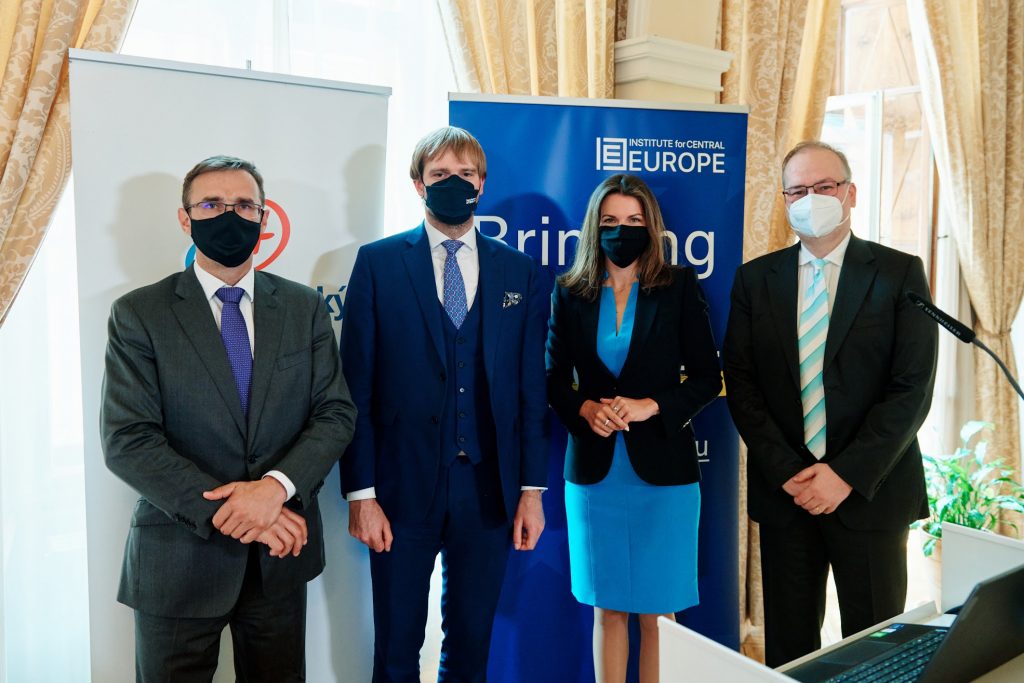 From the left: Chairman of the Board of the Institute for Central Europe Martin Fedor, also former Ministry of Defence, who at 31 years of age became the youngest minister ever of Slovakia, just as his neighbour standing next to him, present Minister of Health Adam Vojtěch. Further on in the photograph is Director of the Institute for Central Europe, Katarína Cséfalvayová, and the publisher of Zdravotnický deník, Ivo Hartmann.

“We don’t want to end up with these three screening programmes only. So we are now preparing the fourth national screening for lung cancer, one of the most frequent killers in the Czech Republic. If you have a look at the mortality rate of specific cancers, lungs are unfortunately at the peak – in some regions, such as the Ústí nad Labem region, this is the main cause of death. It is therefore necessary to start with this screening, and we also reached an agreement with health insurance companies. At present, accreditation of providers that will CT-examine high-risk patients – long-term smokers over the age of 50 – is ongoing. We want this screening to start in January next year at the latest, and I believe that thanks to this, we will be able to save many lives,” adds Adam Vojtěch. 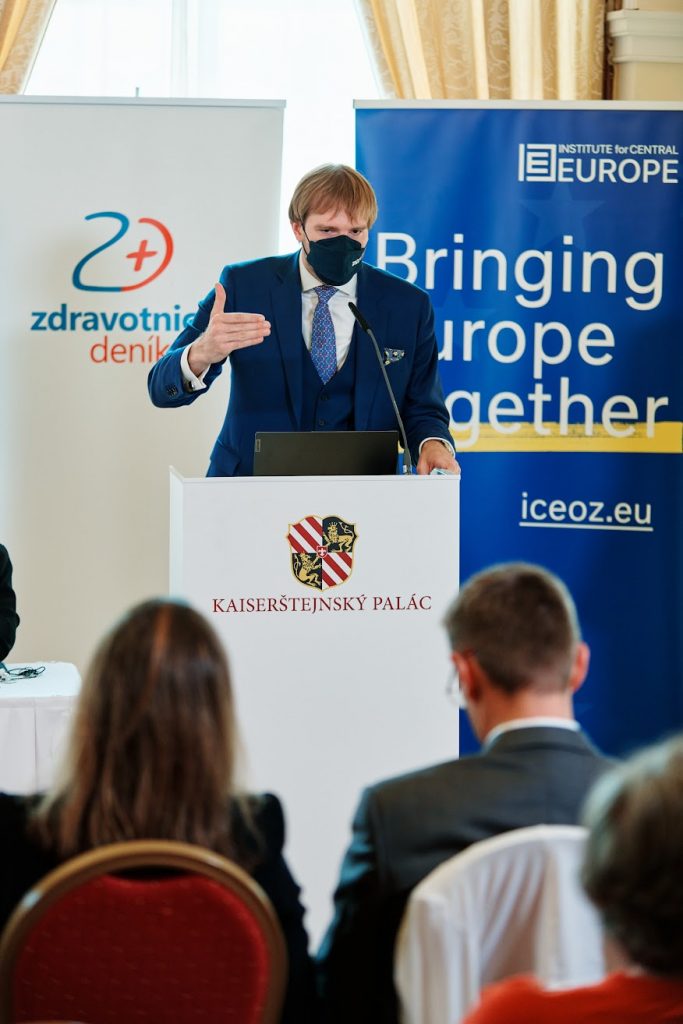 Minister Vojtěch wants to strengthen prevention in the fight against cancer by deploying a fourth screening programme for the early detection of lung cancer. Photo: Radek Čepelák